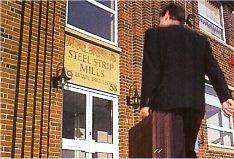 Integrity Security has been awarded the contract to provide security personnel to one of the Midland’s longest established manufacturers in the steel industry.  Their new client has occupied the same site for nearly 140 years and has grown into one of the world’s leading producers.  Decade after decade of evolution, both in methods and machinery, have seen the company constantly advance those standards.  Continuous investment has ensured that the company has retained its pre-eminent position and today has some of the most modern production plant of its type.

SEE WHAT OUR CLIENTS ARE SAYING

I was given practical advice and was recommended a speedy, cost effective, efficient solution at a time when I needed action fast.